Alexander Stern is an attorney and the founder of the Attorney IO family of companies. He earned his Doctor of Law degree from UC Berkeley School of Law in 2015. Alex publishes scholarship on topics with timely political relevance such as the Trump-Russia investigation. Alex typically pursues cases with a social progress angle. He has been counsel on cases ranging from suing Wells Fargo for their phony accounts scandal to suing a beach owner for refusing free public access. The common denominator is using the law as a force for good. 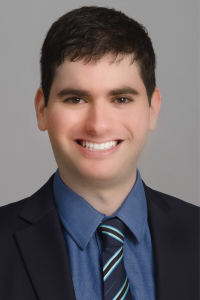 At Attorney IO, he manages the development of legal technology that empowers lawyers to fight against much better funded teams of corporations, government agencies, and the largest law firms. He hopes to democratize legal research. By surfacing better quality legal arguments to attorneys with less time and person hours needed, he hopes to help courts come to their decisions because they are right and not because one side was better funded.

Alex continues to accept cases from members of the public.  He hopes that his dual role as CEO and attorney will maximize his ability to help those in need.